It hasn’t been 14 days since the inauguration of President Trump, and I must say, it’s far worse than I had anticipated. I say anticipated, rather than I feared, because I made a decision, the morning I woke up following election night that I wasn’t going to take a “Chicken Little” approach to the news.

I had voted, I had contributed in manpower and money for the other candidate, and my side lost. I can be a good loser. I believe in democracy, and although I now seriously question the validity of the Electoral College, currently it is the law of the land, and each side was working with the same set of rules. Thus, I’m willing to concede to the minority of the country that voted for Mr. (and now President) Trump.

So that long period between election night and inauguration, there was a flood of comments coming from the President Elect which did little to reduce my concerns. Perhaps – tomorrow he’ll be more presidential – I thought.

But it never came. After 8 years of having a highly diplomatic, intelligent and a President who was an excellent communicator, I was beginning to see that the new selection was going to be not just a departure from the previous administration, but quite possibly a complete 180 degree polar opposite.

I’ve been on the losing side of an election before. My candidate isn’t victorious and we deal with the disappointment and we move on. Yes, I’ll take the opportunities when they come up to point out the shortcomings of the winning candidate. It’s my right as an American and the society we live in that “I can”. I don’t take it for granted. It’s a solemn responsibility. Speaking of the other side in less than flattering terms is something that both sides do. Sometimes it’s vitriolic and that’s always unfortunate. I think, I hope – that everyone would like to love their President of a country that we cherish.

But, not only did our new President not make the transformation into (traditional) presidential, he has set out to upend completely the definition. I can’t say in a positive way. The stream of actions and language coming from the Whitehouse is nothing short of shocking to me. I won’t list all of the questionable comments here, we know what they are – and in all seriousness, without hyperbole, there are seriously are just too many to list.

But, what I’ve been seeing already, in just 12 days is that some of my friends are shutting down. The constant firehose stream of statements, directives in word and actions which could be characterized as unkind, but also questionably legal – have left have the country in shell-shock.

And, what I mean by “shutting down” is becoming so overwhelmed by the news and all the updates that we are becoming desensitized to all of it. My phone alone sounds like a slot machine all day. I’ve had to turn off the audible reminders for breaking news, because quite literally some days there has been been breaking news throughout each hour of the day.

To that degree, I too am part of the worn-down phenomena which i see occurring. Information Fatigue is setting in. Where folks are becoming desensitized to the outrageousness of this administration. It’s an assault on our sensibilities. Each progressive statement and action more offensive and disgusting than the next. I can use that word – disgusting. Because when I speak about an assault on our sensibilities it is precisely that. The parallel that some of my more conservative friends might want to insert at this juncture by saying “well, now you know how we felt for the last 8 years”. It is with complete restraint I must bite my tongue from issuing a string of expletives followed by the word “you”.

While our previous Presidents, all of them, Republican and Democratic have been flawed, and many have exhibited stands on matters that differed from my own – not one of them, not one, left me feeling as though they were completely disinterested in a majority of the country. Nor disinterested in our countrymen’s values or feelings, or civility or even at times, decency. No. You won’t be able to find an example. Because while many of them held positions I found objectionable, I never found their worth as a decent, caring, loving human being without merit.

That all being said, I’m more concerned in this writing about the fatigue setting in among my friends. Those who are turning off or backing away from social media. While limiting one’s exposure to news sources to to keep from going mad might be a good strategy, we could become overwrought with bombardment on so many human rights and human decency fronts – becoming non-reactive creates a worse environment.

A worse environment would be where we become so desensitized that we simply have an internal conversation that goes something akin to “let him do whatever he wants, because I’ve become powerless to do anything anyway and nothing surprises me anymore”

I don’t know where this journey will take us. There’s everything being spouted from successions, impeachments, lawsuits to civil war. I hope for none of these things. But, what I do hope is that we take up voices over arms. Action over apathy. Empathy over indifference. Ultimately, we must take back the house and the senate in just less than 2 years. That would be a herculean feat but a necessary one. Someone must stand in this man’s way or our way of life as we know it is imperil. And, I mean this in all sincerity. 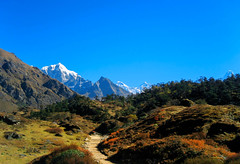 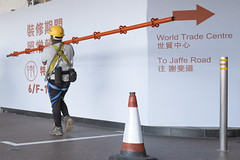 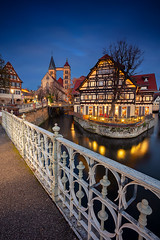 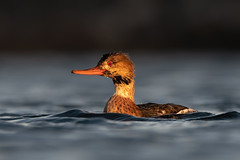