Austin Sunday Afternoon a photo by SolisRough on Flickr.

It is another year. I’m so glad that friends have checked in to say hello and ‘happy birthday’.

It’s great to know that time marches on, and we’re all still here, healthy and over all – happy. I hope you are too.

Much of below is a reprise of an earlier post. I’ve updated it since today commemorates the repeal of Don’t Ask, Don’t Tell. Itself a terrible policy following the all out banning of Gay and Lesbian military service members. It’s a great day for many of our community and all my Veteran friends.

Particularly those who supported me during the most difficult years of my life.

It was my truest exposure to diversity. In all of my jobs that have followed I have not worked with a more broad range of diversity in terms of cultures and geographic heritage.

Believe it or not, before the institution of this policy, life as a Gay man in the Navy was easier. I’m fairly certain most of my shipmates knew of my orientation. Or by virtue of not-wanting-to-know, knew. They had long stopped asking me what I did on the weekend, or who I hung out with.

I was in a relationship with Rob after 1989. The notion that I had something so wonderful occurring in my life and not being able to share that with the people I was closest to on a daily basis – that part was difficult. I loved those folks in the Navy. They were mostly my family and we supported one another. I felt very supported and mostly loved. I had achieved a high degree of accomplishment in a short period of time. The evidence of this is worn on one’s sleeve. Literally. Having three chevrons in just seven years spoke about as much me when I walked in the room as anything I could say.

I really miss that. The idea that the first thing one looks for in a person when they walk in isn’t the color of the their skin, the swish in their walk, the status of their ring finger, or the twang in their voice. You can size nearly anyone up in the first introduction by virtue of what was on their chest and what was on their sleeve. I was proud of what mine said about me.

I had been awarded the Navy Achieve Medal which is the highest commendation of personal achievement one can receive in the Navy. What I was most happy with was that I earned this during the period of Desert Storm. Because of my status as an administrative professional in a squadron of aircraft specialists and aviation warfare specialists (AW’s – who usually hogged all of the spotlight – but to be fair, we were there to fly planes after all) this accomplishment was especially noteworthy. And the idea that I did this during Desert Storm following a nomination for Sailor of the Year for my Squadron and Western Pacific Fleet among said AW’s and other aircraft specialties made me especially proud.

But I had to walk away from all of that when it became clear that the tide clearly turned after DADT was instituted. All of a sudden, those who previously hadn’t cared about orientation issues began talking openly and sometimes with hostility about the issues of Gays in the Navy. Sometimes they would clearly escalate the volume of their commentary in my direction. All of this served to make me highly uncomfortable and fearful.

And, in 1992, the memories began to come back. In 1984 I went through a horrendous arrest and investigation after being charged with homosexuality and sodomy.

Prior to DADT it wasn’t uncommon for the military to conduct “witch hunts”. This usually occurred when someone “fagged out” (came out to avoid further service). The Naval Investigative Service (NIS) – like the military FBI, would offer an easier time of discharge if the fagged-out, gave a list of associates. Armed with these new lists of homsexuals, the command would begin another round of whispering and inquiries.

I was surprised to learn during my investigation the NIS was talking to my friends in the Military to find out where I went, and who my friends were. What did I do for fun? What were my personal habits? etc. It’s very unnerving to know this is going on immediately behind your back and thanks to friends who overcame fear of being told NOT to divulge anything to me, to tell me what was occurring.

When I was finally arrested and led away, I had the sense of outrage that comes from believing you’ve done nothing wrong. But, of course, that conflicts with the law – no matter how unjust. Thankfully, my friend Dale warned me immediately before it occurred and advised me to remain silent no matter what.

Silence is an amazing thing. A powerful tool of defiance on one hand – a weakness of concurrence on the other. By remaining silent I felt I was relinquishing my instinct to defend myself. To somehow agree with the purpose of my detainment. All this questioning culminating in a very dehumanizing experience. Being asked questions I was at times forced to answer. Being made to undress to show I wasn’t wearing womens underwear, or that my legs weren’t shaved, being coerced into naming friends some of who weren’t even gay, just so that the NIS could work on a new branch of the witch hunt tree pained me terribly.

What hurt most I think, was reading statements those had made about me. People I most respected and trusted. There is a code in the military. A reliance on each other that far exceeds that of a conventional co-worker. It was a turning point that everything I believed the world to be (my career at that age, was my world) was not all true. It’s a very harsh reality. Particularly when one is sitting unclothed being interrogated.

Maybe this day I can find some forgiveness for those folks. People, who were likely as scared as I was when a NIS agent showed up and started asking questions. It did teach me lessons about sharing the intimate details of my life. Those lessons have only been reinforced through out the years, but like many lessons, they started in the Navy.

But maybe it’s best to let this chapter of my life reach final closure. Mostly I’m glad that those who will follow will not have to know the degradation years of poor policy have inflicted on some of the greatest Americans – those who choose to serve.

I marched this last month, in the Austin Texas Gay Pride Parade,  with my fellow veterans. Some of who are currently on active duty. They wore camouflage paint on their face to hide from the cameras. Strange to think that Americans, those we should be most proud of, would be forced to hide their faces to walk down a public street. It’s the end of an era. A welcome end. Next year’s parade may not contain anyone who will hide their identity. Being able to lead that parade was a wonderful thing. It was another highlight in my life and there have been many. I’m fortunate that way.

What I will mark most this day is the end of my personal silence. I was silent the day I was led away by military police. I was silent the day Keith Meinhold came out and I arrived at the base to news cameras everywhere, and a CNN camera crew put a microphone in my face to ask me what I thought, I was silent when I was deployed in the first gulf war and someone asked me if anyone had come to see me off. (I asked my beloved Rob to stay home that day). I don’t have to be silent any more with this regard. That has removed it from being a weakness of concurrence and it shall from this day forward be added to my strength column.

Our new roomie, Dan is a Wisconsin fan. No way he’d ever become a Texas fan. But, I got tickets to the UT vs. BYU game on the 50 yard line! And, Dan was all – Wisconsin? What Wisconsin.

Here he is fully clad in burnt orange and sporting the Longhorns signal. So, I think it’s only a matter of time before he completely forgets where he came from. I still remember fondly… oh… what was that place on the west coast again?

It was a great day. Here’s the banner I carried. I was so honored to march with the Veterans this day and to lead the parade was so nice. It was a pleasant morning and I loved meeting new people. I hope to be involved next year too. 🙂 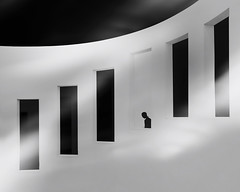 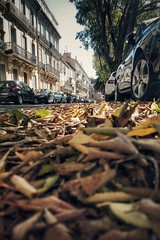 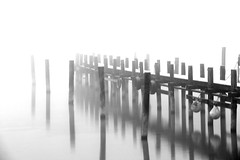 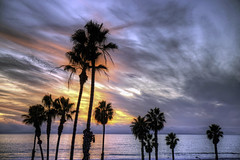 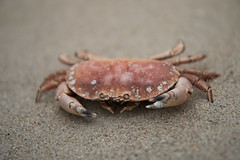 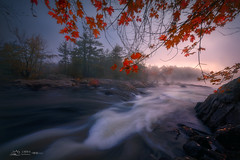 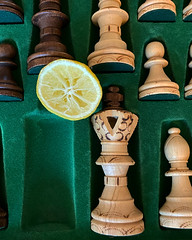 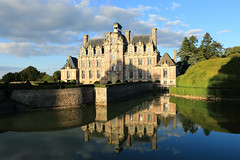 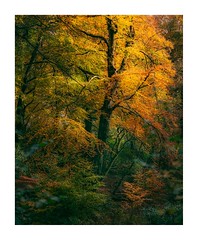