I’m certain what I learned in class might equal what I learned overall this semester about myself, who I think I am, or who I thought I was. There were several highlights of my very first semester in college this year that helped highlight how far I’ve come, how far I have to go, and how little time each of us actually has.

How did I get to this age? It seems like not that long ago I was the age on earth as many of the young people I was surrounded on that first day of class at Austin Community College Riverside.  Professor Alvarado was asking us to introduce ourselves and being, likely, the oldest student in the class I felt awkward.

Awkward in class is not an unusual feeling for me. Contrarily, it’s the norm. However with over three decades since I’d had the last experience – I’d forgotten. Until, it all came back of course.

Introduction to Social Work cemented what I’ve known about myself for many years now. That quite frequently my desire to help others and be of service to my fellow man has been a passion. Parallel to that I’ve been on a path of self-discovery that is showing me that at times it’s been all consuming, sometimes even to my own detriment and has evolved into an element of my personality that has at times left me bitter and resentful.

At no one in particular. And, at everyone.

The idea of being a resource for others, a shoulder to cry on, a sharer of my own experiences, an assistant to help others see how they might be able to get from here to there is certainly a noble cause – but at times has been an ego-feeding one too. I like being the answer guy. I like being the one folks can sometimes point to and say “ask him, he knows everything”.

It is the nature of most of us to be liked by others. Those who say they don’t care, are likely lying.

But for some of us, it’s an all consuming proposition, for which we convince ourselves that our very lives depend on. I once found myself sharing in a conversation, sleep with my husband, drain my bank account, kick my dog, but don’t tell me you don’t like me, because I don’t know what to do with that.

Thankfully, that was a long time ago. I’ve come farther than that now and am thoroughly convinced that some people will never like you. No matter what you do. Or, what you won’t do. Knowing that though, rather than been disheartening, has offered a new kind of freedom. There is no ‘real’ reason to kill yourself in an attempt to get others to like you because either they will – or they won’t. It frequently won’t be dictated by how much you do for them, care for them, respond to their requests or demands – but simply because they are caring people or they are not inclined to care.

I say this without any trace of cynicism. Really.

During one of our assignments we had to conduct a counseling session with a fellow student. It had to be unscripted and we were videotaped. One day in class was dedicated to reviewing these recordings of one another and we were asked to critique our peers for their performance as it relates to what we were learning in our academic studies about the approaches of social work and how to conduct an assessment/session.

Since it’s Intro to Social Work, I had no high expectations of myself or of others. Most of my contemporaries in class are straight out of high school. Many of their attempts at a counseling session were of the level you might find in a discussion you’d have after class walking to your next class.

On that day we were reviewing, the Professor said she wanted to jump forward to another session for illustration and wanted to end the class on a different note. Suddenly my session was on the large screen for us all to review. She started the video and we watched me welcome the student and sit down and have a discussion about an eco map and what that entailed and how’d we approach the process. The video paused. The professor asked for a critique. She asked for folks to not hold back and give an honest assessment. I began to shrink in my chair. Not because I felt I had not done a good job. But, surprisingly, precisely because I’d felt I’d done a good job. Why would someone shrink in their chair for thinking they’d done a good job? That made no sense. I felt sick to my stomach.

The professor’s request for feedback was met with silence, as we sat there in the large auditorium, that had reduced lighting to make the videos easier to see. I sat in the back and when I had the courage to look up and glance around, I saw no hands raised. And she said ‘precisely. you cant’t find anything wrong here. This is text book. This is how it should be done’. People’s hands began to raise and they offered different accolades on how I conducted the session. And, with each successive compliment, rather than feel better or more reassured – I sank lower.

Drawing attention to oneself was bad.  Because people made fun of the way I walked and talked and frequently called me “faggot” or pushed me around, I felt safest when I wasn’t being noticed at all.

Answering questions in class, or raising ones hand because you could solve the problem or just participating in class with any level of enthusiasm garnered “attention”. So, I learned to be quiet. Do not participate. Do not be smart. But, do not be stupid. Just be “invisible”.

When I took my transcript from High School to the college I hadn’t recalled how poor a student I was. I knew I wasn’t an “A” student. I wasn’t sure that I was an “F” student either though. It’d had been so long I genuinely couldn’t recall. I was astounded to see C, after C, after C. Middle of the road. Not too smart. Not too stupid. Invisible.

It was in this moment in Professor Alvarado’s Introduction to Social Work class that I discovered, I wasn’t a bad student, and I wasn’t a stupid student. I was an invisible student. I became very emotional following class. I sat in my car afterwards a little shaken. Not unlike I was on many days all those years ago following being thrown into a locker or put in a trash can. This time though, I was shaken with an overwhelming sense of COMPASSION. I felt more compassion in that moment that I’d felt for any of the scores of people I’ve tried to help over the many years of my life being a layman social worker. I felt compassion for myself, or for that 16 year old awkward kid at Del Camp High School, with acne on his face, who knew little about hygiene or how to talk to people. The one that rarely laughed, and walked fast everywhere because it was harder to hit a moving target.

The most important element to be a successful social worker is empathy. The idea to be able to put yourself in another’s situation and find a way to convey hope, and the promise of a potential solution, without judgement.

In that moment in my first semester of college – I knew. I’m going to make a kick ass social worker. 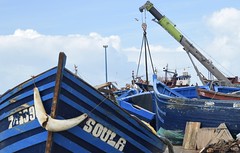 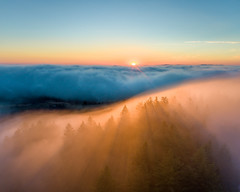 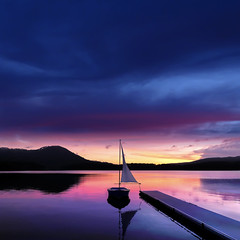 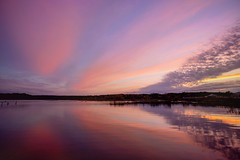