Each of us has the power of changing the world around us. I mean that in all sincerity. Not in the way that some of us envisioned. Perhaps not in the way we plan. Or maybe we have a vision and it comes out completely different than what our imagined reality would look like. But we still have the ability to provide that ingredient that still changes the world for others.

Sometimes perhaps it comes in grand accomplishment or gesture. Or, maybe it can come in the simplest manner possible. The simplest manner of course, would be just be just acting in a way that is true to ourselves.

Who would think that change could be effected by just “being ourselves”?

That was a lesson or insight that one of Austin’s most eccentric characters bestowed upon me. Without formal declaration, or sitting me down and saying “listen to this”. That’s the beauty of this particular lesson. The teacher wasn’t a self-professed teacher. It wasn’t even perhaps his goal or stated mission.

What Leslie Cochran reminded me, is that sometimes eccentricity can be portrayed in a way that  doesn’t have to be threatening or frightening. That crazy can sometimes elicit a giggle. That anger, directed at authority or bureaucracies can have a grace that is more ridiculous than intimidating and yet it still can be taken seriously. That outrageous can have its own impact.

When I first was deciding about whether I could live in Texas, I was faced with many questions. Some of them were perplexities. I wasn’t sure if I’d be safe. Californians, particularly Northern Californians, have an insulated way of looking at cultures. There’s San Francisco liberal, and there’s everywhere else… conservative. We sometimes look at the world this way because SF and much of Northern California in general is ground zero for liberal thought.

Everywhere else is just a remote measurement to the “Ten” that is Berkeley.

Certainly, I thought, Texas, even Austin, would be somewhere down the scale – perhaps a five? Four? I dreaded to go lower.

After all, even though Sacramento is probably an eight to the Bay Area ten, certainly in Texas I’d have to subtract digits from the baseline of the 8 I was used to living in. Rob and I arrived for the sole purpose of finding out where on the scale the various cities in Texas fell.

Houston was wonderful. We loved Houston. But, much how we love cities like Los Angeles and SF. It’s a metropolis. It has museums. It has culture. Arts, all of it. Along with it, it has people. Lots of em. Loads of em in fact. We never have had a desire to live in a place where we felt we’d need to acclimate to a culture by blending into obscurity with it. Big cities make us feel that way. Thank God, Rob and I are like minded in this regard. I don’t know if we could survive a relationship where we were drawn to different cultural living experiences like a push-me-pull-you. Houston 7.5

Dallas is wonderful. We liked Dallas. But, Dallas is like West Hollywood. We feel an undercurrent of competitiveness. Like we could spend the rest of our lives loving living in Dallas provided that we were willing to compromise certain aspects of our lives. Like we’d have to acclimate to a certain materialism that pervades, like leftover aura from the TV show Dallas era. I hope my friends in Dallas don’t read this as a judgment. It’s not that really. I think most would agree Dallas is a unique city in Texas. I once saw it summed up on a T-shirt which read “Keep Austin Weird”. On the reverse side? “Keep Dallas Pretentious”. But we still like Dallas. Dallas 7.

San Antonio was nice. It has an old cities charm. It is in fact one of the oldest cities in America. Thus, the architecture in some areas reflects this. It has a Spanish overtone which makes it seem other worldly, and then the River Walk of course, lends a unique character to it all. The problem we found is when we looked at homes outside of downtown proper it seem to fit more of what our idea of traditional Texas looked like. That is… dry, tan, and flat. In defense of San Antonio, it was August however. San Antonio 6.5

This left Austin. After exploring these other offerings, we were seeking an oasis. There was a reason I left Austin for last. Of the cities I’d visited prior to this important trip, (important because it was one of the checklists for our making a decision, and because it was our honeymoon) Austin was my favorite. I consciously and subconsciously wanted it to be Rob’s favorite too.

It was at once exciting, alive and unique. It was weird with its liberal bent and artistic in a bohemian way that for all of Houston’s money, culture and museums couldn’t muster. It was exciting to be here. To meet the friendly people. To meet with a realtor. And, it was exciting to dream that we could live here.

Then there was the dreaded scale question. We found ourselves walking down 6th street, one of the more touristy and grungy parts of downtown. It’s kitschy what with its souvenir shops and Esther’s Follies, etc. But it wasn’t the best place to answer the scale question.

Could I be safe here? Could I be me? I wondered if I could acclimate. How would I fit in? It was answered in one fell swoop. Upon turning a corner onto congress. Rob snapped a picture that I wish I’d been able to dig up. If I do at a later date, I’ll add it here. But, it was of Leslie Cochran of Congress Street and Austin fame. Leslie in all his fabulous, feather boa, thong, high heels and all.

We didn’t know who he was. We didn’t know what role he played in this cast of characters or that he was even a fixture. I just know I was face to face with the first ever transgendered and from-appearances, homeless person I’d seen. This person, Leslie as I would learn upon a later date introduction was a spectacle. But a peaceful one. And, one that seemed to gracefully blend into the canvas of weirdness. He neither raised eyebrows, or terse reaction. He didn’t receive reproach from passerby for his antics or risqué dress.

I didn’t expect that. And, in that simple way on this one random day – Leslie Cochran impacted my life. I was later to learn that he impacted many more.

As I would later come across Leslie many times later, once I moved here, Leslie was fascinating to watch. Whether he was posing with his fans or passerby for photos and collecting the occasional dollar. Or whether he was checking the runs in his fishnet stockings in a storefront reflection. Or thumbing for a ride up and down congress. Or peeking into a nearby trashcan, he seemed at once aware of all that was going on around him and oblivious at the same time.

The only time he displayed brashness was at the occasional authority figure (he’d had his own collected experiences with law enforcement and city officials that may have justified is own opinions on this matter).

And on the day of his death, the community came out. In wigs. In tiaras. In mustache. And in the park we let pink balloons fly. Some wiped tears, some wore thongs and heels.

And, I realized that Leslie Cochran had carved out impact in his own little corner of the weird world. Austin.

All he did was be himself.

I had such a great time in Houston this last weekend. It was great to see friends converge from Dallas, San Antonio, Houston AND Austin. I hope the trend continues.

This picture reminds me of happy and warmer days. It’s cold now. 🙂 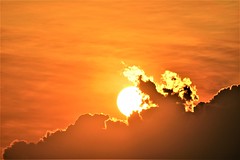 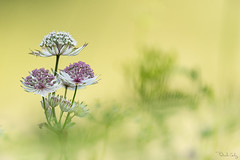 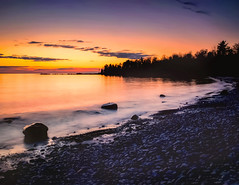 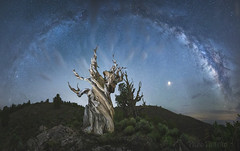