These are most regretful. Primarily because our aim was to be helpful. If we feel we weren’t or worse, our attempts resulted in a negative effect rather than a positive one, it leaves me with a feeling of failure.

I don’t like to sit with that feeling and the result can be an intense desire to “fix” this. That feeling is not bad in itself. It merely is a reflection of my intense capacity to have compassion for others.

However, in a book I’m writing and in my research over the last ten years I’m discovering my own limitations on the concept of Enough and in this particular scenario when to let go.

Miscommunications happen as part of life. Misunderstandings are a result. As matters that are part of life’s course my ability to control, alter or all together avoid them is limited.

I once had a person seeking my counsel who showed me a photo of his boyfriend and a cat (coming out issues, deciding whether to move in together), I smiled and asked “Oh, whose cat” wanting to know more about his interest in pets and how that might effect the decision to move in with one another. He immediately left in the middle of the conversation. I later learned through a tersely worded email that he misunderstood me to say “who’s that?” Which he took as an affront as we just had been talking about how important his new boyfriend was

Of course I felt terrible and terribly compelled to set it right but his last communication made it clear he didn’t want to see me any longer nor hear from me.

This was a difficult balance. The intense desire to correct the misunderstanding against the persons wishes to be left alone.

In a clinical/mentor relationship I think it’s inportant to remember who is driving. I’m in the passenger seat offering directions because they are welcome and asked for. At some point if the driver asks for me to stop – even if I fear we have just made a wrong turn (not the kind with life or death consequences) I should honor that and walk away, respect their wishes and allow them to seek healing through another path.

In short, being helpful when no one is asking for help or worse when they’ve made it clear for me to stop then there is the danger that I’m moving into the arena of no longer being helpful but rather controlling or trying to manipulate a scenario that I feel where I was not cast in the best light. We all like good lighting – that’s natural – but what’s best for the other person really should be my concern in these relationships.

In short, be kind to yourself and forgiving. Sometimes these situations can be avoided and sometimes they can’t. Sometimes trying to repair them created more harm and I would never want to do that. The response by others which is sometimes disproportionate tends to reveal a lot about them and my hope is that this experience is added ultimately in a positive way which may lead to the question “why is everyone an a-hole?” Creating the realization that there is only one common denominator in this persons relationship. So if that is the end result, please, think ill of me. In the end, I can still be helpful.

Good luck and best wishes to you from Austin Texas. You clearly are troubled by this difficult situation and I wish you peaceful resolution. 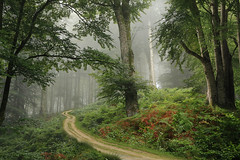 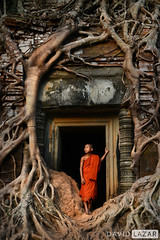