Before he’s even raised his hand to take the oath, it appears our President Elect is working at his reelection in 2012.

What other reasonable explanation could there be for his selection as invocation choice for the inaugural ceremony. Let me start by saying, I’m an Obama fan. I may even be willing to cut him some slack and set aside my concerns in this instance because what our country needs now more than anything – is unity.

That being said, choosing Rick Warren is certainly a bold choice, if not a dumb one. We’re talking about a mega-church pastor who has equated Gay marriage to incest.

Certainly that must qualify as some sort of radical thinking – if not insanity. But, Obama’s reaching-out may be centered more on trying to bring evangelicals into his centrist fold rather than anything else. It is sort of a nod to the right wing to say “See! I’m really, really not a muslim – and it’d be alright if you moved on over to the center somewhat. And, come 2012, remember how I reached out to you. I’m not a liberal”.

Great. Good for you Mr. President elect. However – if you recall, none of Pastor Warren’s constituents were involved, worked hard, or contributed their dollars to get you the the position where you’ll get to waltz around the floor at your inaugural ball. Quite a large portion of your supporters who did, will be left outside in the cold, looking in the window.

As an admirer of political-posturing-done-well this may be a master stroke. Pastor Warren has much to benefit from this newly-cozy if not odd coupling. With the Reverend Billy Graham and the like moving off the scene – there’s no preeminent successor to carry the torch as the figure head of Christianity for sanctioned formal events.

What a great opportunity for the reverend to raise his stature among his followers, and lure in a whole new batch of converts to his mega-church by pointing to his move towards national prominence. Great. Hope he gets a new hummer out of it.

But, Mr. President-elect – you’re walking a fine line. If things don’t go very well in the coming years (and right now, things are so bad, you’re going to have to be a miracle worker to say the least) the first ones who will seek to throw you overboard to the minnows will be the followers of the good pastor himself. And, if you continue to make moves like this – which isolate, offend and otherwise disillusion the Gay community – I don’t know that you’ll be able to call on that constituency to throw you a life preserver NO MATTER HOW GOOD AN ORATOR you are or if you tap dance a jig better than Ben Vereen himself.

So, that being said – I’ll forgo this one. I’m cautiously optimistic. I’d like to see where you’re going with this one before I write you off as a bait-and-switch candidate who has taken the money of the Gay community, thrown in a few references to aknowledge our existence off stage, and then conveniently forget our existence now that our checks are cashed.

Oh. And a fucking appointment to your cabinet might not be out of the question either. How about that for balance?

In houston at thanksgiving
Originally uploaded by ChristopherSolis.

I had a very nice time this year visiting friends in Houston.

It was a good time, but of course Rob was in California with our family – so that would have been nice too. I had used up my vacation in my surgery, so I wasn’t able to venture west this time.

But, I am looking forward to going that way in February.

It’s going to be great fun. In the meantime it’s getting cold here. Yesterday it was 77 degrees, today is like 57. Big drop! And, I’ll survive but I prefer the warm weather any day. Pictured above are friends I traveled from Austin with. Left to right, Shefonda, Resta, Jessica and FaLisha. We mostly stayed off each others nerves and some moments were more successful than others but remember, close quarters does that to even the best of friends right?

Looking forward to gettting the Christmas tree this weekend and starting a painting project in the next couple of weeks. I’m sure the house will look totally different!

Hello and greetings from Austin –> Christopher 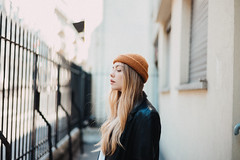