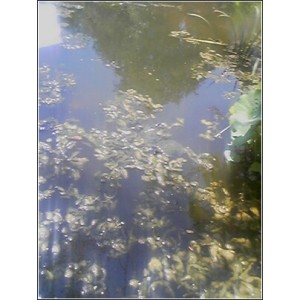 Well, we have to do a walk through this evening. Or, hobble through. I twisted my ankle bad last week at work, and now Rob is accusing me of finding yet another reason to get out of the heavy lifting in a move. If you remember, when we arrived here (or more directly, when our things arrived) – I was in San Francisco. He’ll never let me live that one down.

So we have a hobble through this evening and I’m sure we’ll look around and say “Yah this is fine. Gimme the key.”

Not so fast. There’s all that paperwork – even though we’ve had tons already. But tomorrow we actually do the paperwork and do the real signing.

This tulip on my desk opened up – and was beautiful. I think Lavender Tulips now rank as high as Lavender Roses on my favorite flowers. These were from my co-workers for my birthday. I also got the most wonderful mixed arrangement from Kelly and Anthony so for awhile it was like a florist shop at my desk – but it was very cheery!

Autumn certainly has come ‘overnight’. Quite literally it was in the high 80s and evenings high 60s and yesterday I was blasted in the face with cold air and ran back in the house for a coat. It was in the 40s – and I thought I was going to die of cold!

Standing at the bus stop was no fun. Here’s a picture of the little turtle pond at work. I’m thinking you can see the little turtle in the middle. They lounge on the rocks and sun themselves. I wonder how they are liking the approaching winter?

Probably not very much I think.

How many movies have I gone to that I’ve relied on that ‘professional’ movie reviewer to give me insight as to weather I should spend my $10 to see a new release? Now, I never used to rely on these things but maybe, that was when we used to go to the Jerry Lewis Cinema, that was Fifty Cents. But, oops – I just dated myself.

Now that it requires one quarter a tank of gas (in itself an investment) to get into the movies – if the result is I’m going to be bored for two hours or worse, offended or disgusted – I’ll at least sort through the various opinions to get an ‘indication’ of whether it’s worth the money or not.

I have no plans to see the new “Why Did I Get Married”. But I heard this review on NPR and the reviewer, a producer on the program – was hysterical! I don’t need to see the movie now. She painted a good enough picture in how she didn’t like it – that I won’t have to. Teshima Walker was so animated during this review – I think I got my $10 without spending the $10! Have a listen – I linked it above.

I Finally figured out what it was!

I wasn’t sure. It ran out in front of the truck a few weeks ago when I was driving from San Antonio to Austin. I had to pull over to the side of the road, because it scared me so bad I had to clutch myself.

Now – things have run in front of my vehicle before – Jack Rabbits, possums, skunks, racoons, snakes (althought not technically “running”) squirrels, rats, dogs, cats, small children, even an armadillo. (oh and a stray gator in Louisiana).

But because I didn’t know what this thing was – I was a little shaken.

Then, I was having lunch with another California transplant who was telling a horrendous story about how his dog killed one of these things. He didn’t know what it was either. It kinda looked like a wild boar. Turns out it’s not even a swine relative at all. A neighbor told him.. “yep. that’s a hav-ah-leen-ah” (you know. in that slowish texas drawl).

Well, he didn’t know what to do with it either. In Sacramento – I don’t know I’ve ever had a dead Javalina in the front yard – stinkin up the place. (Apparently – they smell way before they’re dead).

So my California-transplant friend called around to find out what one does when one has a dead Peccary fertilizing the lawn. It appears from our fine folks at animal control – or the Texas equivalent of – that what ya need isn’t an animal control professional. What ya need – is a buzzard.

Now, I’ve seen these. When driving down a back road through hill country with the top down, you occassionally see them circling. You can even see them take flight from the road – which is a warning that there’s one of them there Peccarys or armadillo’s that didn’t dodge a pickup truck fast enough. They are big birds! And ugly.

Sure enough my California-transplant friend waited and after a few days, like a prophecy spelled out ona Ouja board, the buzzards came! In just a days time, no carcass left! So – there ya go. For all of my friends in California who wouldn’t know what to do if a Javalina was in your yard or what one even is – consider yourself educated. 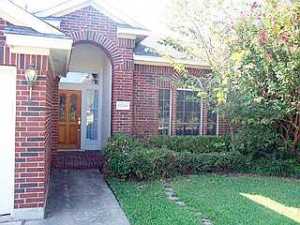 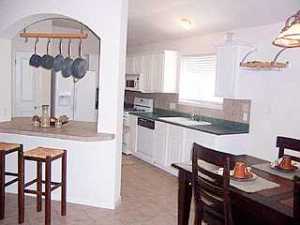 Well we are looking at buying this home. It’s in North Austin which is a little further than we hoped but like Sacramento – you have to go out a little bit further to get the price you can afford. This isn’t so bad though. It’s in a nicer neighborhood than many of the closer ones are that we looked at. And, there’s an express bus nearby that goes right to UT without stops.

It seems like a nice neighborhood – so I think we’ll be ok. It will be nice to have a garage to park our vehicles and just in time for winter! 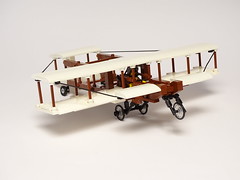 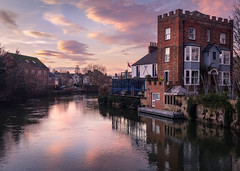 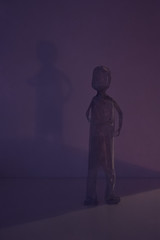 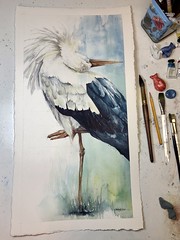