What on earth is the President and our country doing welcoming this man here. His latest rantings and dangerous behavior warrant a shun, not a full diplomatic reception and red carpet. Our country, while admittedly not the most effective in Afghanistan, still has done much to attempt to support the country and raise it up.

And maybe not effective in Afghanistan is too simple a description. Certainly some of our attempts in that country have been just bad.

But we’re talking about a country that, when we entered, openly harbored and supported the very people who undertook the attack on America in 911. Viewed in those terms, I don’t think we necessarily owe them any courtesy. But, trying to understand that the complexities of the political situation – I concede that if we merely went in, took out the taliban and departed the resulting vacuum would be a potential breeding ground for worse and more radical regimes. Good. Got it.

But, Karzai, who was supposed to be our partner in the endeavor of limited rebuilding and our departure seems to be milking us like a cow he can’t stop embracing. That’s with one hand. While he has one arm around the cow that is the United States, the other has a torch in it he keeps setting to our side. Ouch.

Ouch indeed. His statements about joining the Taliban are not laughable. They are to viewed in the most serious way and should be immediate cause for dismissing him as ignorant, a mad man, dangerous or all of the above. (I vote for the last choice). I know we keep hearing we have no alternatives but to support him. Really? Isn’t that the precise same thing this county said/did during the Hussein regime in Iraq during the Iran/Iraq war? Years later, he was the great Satan.

It seems like history repeating itself. Why on earth would we not believe he’d bite the hand, when he’s already nibbling. Duh.

It’s time to come up with a strategy of withdrawal, vacuum be damned. I don’t want to hear the arguments about it being another Vietnam either. It was a failed strategy the moment Bush diverted his attention from it, split our focus and resources, to settle the family vendetta in Iraq with the man that threatened his father’s life. At that point it became hopeless. It’s time to admit it, and depart before the continued spending there costs higher and higher dollar and lives.

To be blunt. I care far more for the lives of our troops than what happens in that part of the world at this point.

No. For real. Republicans – I’m speaking of Joe Liberman, so for all intense and purposes – Republicans are proposing having the power to strip Americans of their citizenship on the basis of their affiliations or beliefs. Wow.

Well, that’s an end run I didn’t see coming. Actually – I don’t think any ‘sane’ person could have seen that coming. I’m not throwing out the insanity allegation as a quick put-down to someone I disagree with. Really – I call into the question of any of these conservative leaning types who cry for less government, still less government and then come up with all manner of ideas which put the very power of our citizenship in the hands of the government.

Ok. Maybe insane is too generic a term. Maybe full on schizophrenic is more accurate. These inconsistencies which show up among the conservative nay-sayers, make me scratch my head. I think I have a bald spot from all the scratching. Perhaps you can explain it to me? I’d love to hear from you.

Why on earth should we pull the birds from the gulf and wipe them clean when clearly our creator intended them to die a death of suffocation from crude.

I hardly think God’s hand was anywhere near putting a rig off shore and drilling into the earth. Maybe if the proceeds were used for good rather than the continued plunder of our natural resources to line the pockets of the few.

Come on. You do know that Exxon made over 6 Billion dollars last year and paid NO U.S. federal taxes right?

Now, I’m not a proponent of stopping all of off-shore drilling but each state should have the right to determine this for themselves. If California prefers no drilling off their coast, let em. If Governor Rick Perry would embrace the whole Texas coastline be covered in black as homage to the Heavenly Father, that’s the Texas right too. The Federal government should stay out of this issue.

There are people who will continue to argue that Arizona is within its rights to pass laws against illegal immigration. While I don’t think that illegal anything is moral or should be condoned, the truth is that when laws are broken there are various ways of dealing with that. For drug addicts, some state laws require medical rehabilitation. Not a bad approach. It’s humane, and it keeps our prisons from being clogged up with people who may have physical addiction issues rather than truly criminal intent.

For illegal immigrants too we need to find a humane approach to dealing with this problem. Deportation should always remain an option. But the manner in which we look at these individuals should be dealt with case x case. I say this because one of my friends is the daughter of an illegal immigrant. She was unaware of their status until recently. She grew up here in Texas, went to public school. Her father has worked most of his adult life here. He unfortunately has been using a false identification and social security. He has however worked. He has bought a home. He has paid property and payroll taxes. He has supported his community through the PTA, and being a otherwise law abiding citizen.

Recently he’s been discovered and is scheduled for deportation after living here over 40 years. It’s sad, because while I understand he’s broken the law, when I look at some of other offenders in our society there doesn’t seem to be parity in the way infractions are handled. I mean, I would trade this hard working, otherwise-law abiding person for some of the crack heads who were born here, who mooch off society and the tax payers. Could we deport one of them in his place? That seems like a good idea.

This notion that some folks have that ALL illegal aliens are bad people who, by the very nature of their illicit entry into this country, are law breakers who deserve to have the book thrown at them. Many of them are just folks who want the same thing citizen Americans want for their children – access to good schools, access to decent medical care, and hope for a brighter future. Many of them teach their children to be good citizens, to love their country, to pay their taxes and the like.

The notion that we should be able to challenge individuals to prove their citizenship in any form will give us all reason to pause for concern. This is not just scary big brother talk. This is a preliminary step to a national ID card. After seeing how I can have difficulty operating in society for just a day by forgetting my license or ATM card, I dread the thought of a government that could issue (or suspend!) a card which would be vital just to move around society. This is a seriously dangerous progression in our society. Aside from the arguments about whether a state can enforce a federal statute, etc. it’s just a bad evolution.

I hope people really examine these issues. I don’t oppose a boycott of Arizona. Truth be told, I don’t know that save the Grand Canyon, there’s any reason to visit, or do business there in the first place. But, I support them to sort out these issues as state citizens themselves. I just find it sad that they don’t value folks in their midst whose intentions might actually be honorable but for lack of legal entry into this country could be singled out and harassed while some “citizens” in our midst deserve our attention and ire. 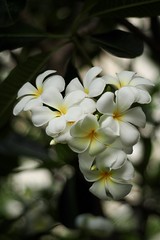 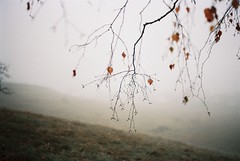 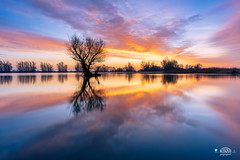 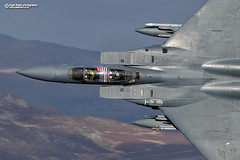