There are many reminders that we are one human race. They exist everywhere around us. In this week’s events of a President who said nothing could be done. Then – with the wave of a pen – demonstrated he’d been lying all along. He stopped an atrocity that he wrought upon this great nation.

I did use the word atrocity. I had a troll on my other page who challenged the use of my vernacular as it relates to children, some very young, taken away from there parents. In a foreign land. With strangers. Unequipped to cope with the trauma that befell them. I read this short essay from Oscar Casares who is the author of “Brownsville Stories” and is a Professor here at the University of Texas at Austin, instructing in Creative Writing. I encourage you to read the whole essay. It says so much about us in our humanity and why you should find this administration culpable of the most inhumane acts, regardless of your political leaning.

They weren’t my kids. So why on earth would I want to listen to seven minutes of an audio recording of small children crying for their mommies and daddies? Kids from Mexico and Guatemala and Honduras and El Salvador, kids separated from their families at the U.S. border, kids who weren’t from here. But everyone around me kept listening to the recording and asking: Did you hear it? And each time I nodded, not because I’d heard it but because it was sad, all of it, and I didn’t need to listen to a recording to know this. Still, it made me wonder if it would help me understand the sadness in a different way. I told myself I’d listen only once, but once turned into twice, and after the third time, I couldn’t stop listening. I listened until the back of my head rang with the grating clarity of their little voices.

The first time through, the recording was nothing but a lot of crying; heartbreaking, yes, but I expected this. The second and third time, I paid more attention to the background chatter, the sound of the Border Patrol agent joking in Spanish that the distraught children sounded like an orchestra in need of a conductor, and then later trying to hush a crying child by saying “Don’t cry, don’t cry,” which was about as effective as shouting at someone to stop shouting. Later he asks one little kid where he’s from (El Salvador) and then another weepy one (Guatemala). Then there’s a counselor lady trying to console a little girl, without much luck. It wasn’t until the fourth time that I knew what i was listening for, what it was about their crying I was trying to understand. Maybe it was the novelist in me, but I needed to know what language they were crying in.

There were snippets, maybe in Spanish of one child asking to call her aunt and another pleading for his father, but those were just words, and in this case, the words didn’t hold the truth i was searching for; the words were part of the noise. It was the crying – the heaving of their little chests, the gasping for air between their sobs – that I was listening for. It wasn’t Spanish, it wasn’t some remote dialect, it wasn’t the echo of an indigenous language. It was just crying, plain and simple. the same crying I heard when my two kids were that age, the same crying you may have in  your house later tonight, the same crying that could be happening with a colicky baby in Lincoln, Neb., or a child’s first day of school in Lexington, KY., or kids somewhere entirely removed from here, waking up in the middle of the night in Germany or Kenya. It was crying; we all know what that sounds like.

Anyone who’s ever cared for a small child, sick or hurt or scared, knows that when the child cries, all else pretty much ceases to exist. You hold the crying child, you calm her, you soothe her, you let her know it’s going to be all right, that she isn’t alone, the world isn’t as scary as she first thought. It’s only later that you get back to the now-cold dinner you set aside, to the sleep that was interrupted for the third night in a row, to the bathroom trip that an hour ago felt so urgent. You pick up the baby first. you always pick up the baby first.

There’s a reason we have to reminded every time we fly that in the event of an emergency, we must start by securing the oxygen mask over our own mouth and nose, and only then over the child’s. There’s a reason slamming the brakes automatically makes us reach an arm out for our son or daughter in the passenger seat. We are wired to take care of those more vulnerable. This is what we do as humans.

There’s a reason we took a collective gasp when we saw the photo of the bloodied and ash-covered face of a 5-year-old Syrian boy after an airstrike hit his family’s home in Aleppo, or the image of a 3-year-old Syrian boy whose drowned body had washed up on a Turkish beach, or even further back, the iconic photo of a 9-year-old Vietnamese girl, naked and terrified after her village was scorched with napalm. That was a Republican or Democratic or independent gasp – it was just a a gasp, proof of our shared humanity.

That shared humanity, like it or not, doesn’t end at our southern border, nor any border. It’s the same humanity that understands there is a risk in entering another country illegally – possible consequences, some severe and difficult to bear, though non as unbearable as knowing that your child and family are in certain danger with gang violence at your doorstep, in many cases because a father or mother or child has already been killed. you are faced with respecting the laws of another country or disrespecting your nature as a parent. So you pick up the child and you head north, toward safety, toward the land of the free.

Years from now, if we listen closely to those voices, maybe we’ll be able to remember when the children were crying and know that they weren’t crying in some foreign tongue – that the only thing foreign was how some of us reacted.

There are certain universal truths which supersede man made boundaries, languages and culture. This President, even though he has children of his own, has no concern for all Americans. Time and again he refers to “my people”. He’s talking about a minority sliver of national supremacists who brought him to power and have very little common with human decency.

Next time you hear a child cry, maybe you can tell me what language their crying in – I can’t discern.

1 thought on “No More Poignant Reminder of Our Shared Humanity.” 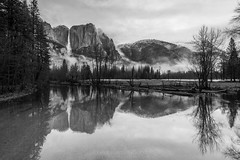 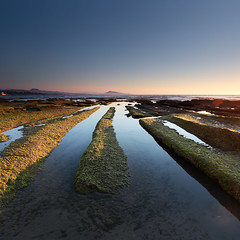 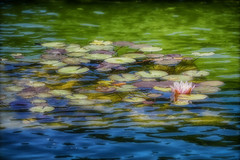 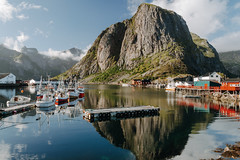 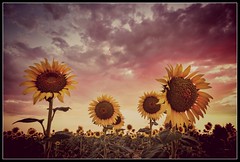 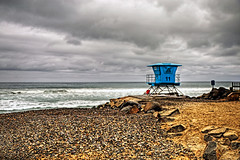