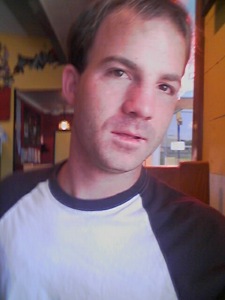 And, we have Drew, aka Poodle who will be singing songs, telling jokes, cleaning bugs from the windshield and all around merriment provider to keep Rob awake during his turns behind the wheel.

We start out at 8pm after a visit to Rocki and John’s for a final farewell BBQ. What good food and few tears! Which is great because already it has turned into the longest goodbye recorded in human history.

My poor family. I feel so bad that they’ve had to endure, yet one more ‘good bye’. But this time we mean it. At least, until part III but off we go.

We did well for the first 12 hours. Hour 12 brought a melt down of epic proportions. I tumbled from the backseat which I was laying across, onto the floor of the SUV. Not amused, Rob nearly got a egg-mcmuffin across his cheek. But we were back in no time singing showtunes (the only kind Poodle knows) and then we finally reached West Texas. After El Paso it was primarily open open open spaces. There was a tremendous storm though that was so close you could reach out a glass and catch water. It was right next to us and it provided miles of amazement. Rainbows, dark skies and lightening like we’ve not seen before, but all parallel to our path.

We made it and only in the last hour did it appear that we might be plotting each others demise. Even Uno who had been surprisingly happy (happy? well ‘not distressed’) up until now seemed as though he were plotting his leap at our throat once the gate was open.

But we’re recovering now. We’re tired. In fact, I’m writing this just prior to going to bed and can hardly keep my eyes open. But – we’ll catch up with you soon.