The last few weeks have been a blur of arguments going back and forth about a woman and her choices in contraception. I’ve listened to Newt Gingrich espouse that this has nothing to do with a woman’s right to access medical care or contraception but rather our federal government forcing a religion, such as the Catholic church into paying for those services and prescriptions which are contrary to it’s doctrine.

I guess from a fundamental perspective I can see his distinction. But here in lies the importance of the separation of church and state. Rick Santorum would have us believe that this is a war on the Catholic church by the very nature of the argument that the federal government would order or impose its values on that of religious institutions. But again, the separation of church and state isn’t a concept which prevents the religious from bringing their views to the town square, as Rick would tell it. It merely includes the notion that we cannot use religious doctrine to be the determining factor in running the country or deciding what is best for the country as a whole.

If we followed the reasoning of these folks I’ve mentioned so far, Quakers and other faiths of conscientious objector status should have no part in supporting any costs associated with the Iraq, or any other war this nation has undertaken. Environmentalists who don’t believe that we should be polluting the ozone should have been able to withhold their tax dollars from rescuing GM and other manufacturers. Home-schoolers shouldn’t be forced to pay property taxes supporting public education. Animal rights activists shouldn’t be required to support subsidies to cattle ranchers, etc. This list could go on ad infinitum.

The reason politics should remain separate from church doctrine is because what is best for the citizenry needs to be of a broader consideration than say.. the Catholic church. or the Mormon Church, or the Baptist church, or the Islamic faith, or the Flying Spaghetti Monster religion. I don’t say this tongue in cheek either. Because our land is one of many faiths and many ideologies and some having chose no formal faith as well, our government needs to be free to make choices that are independent of one leaning or another. Certainly the moral teachings and lessons we gain from our faiths are part of who we are, and certainly not discounted all together – but for the Pope, or anyone to declare that what is best for our country must come from that particular belief, by its nature, discounts the beliefs of others.

This is why politicians like Rick Santorum are so very scary. A politician such as he could never represent all of America. The very nature of his arguments lead me to believe his cabinet would likely be made up of Bishops and Cardinals.

A woman and her choice of contraception is a very personal matter. One that should remain between her and her doctor. Certainly her conscience plays a role, but even then, outsiders – men and women – have no say in how she chooses to finalize that choice. This escalating of words, such as Rush Limbaugh calling an advocate a Slut or a Prostitute for believing that she should be granted the same access as many men who have insurance choices when it comes to Viagra may just be advocating for justice and equity. It’s a possibility that I think may not even occur to those at the other end of the political spectrum.

And, I believe – it will be their undoing in the 2012 election and beyond. Women of this country, certainly the left will be joined by the women of the middle. Because the republican framing of democrats as having a war on the Catholic church – doesn’t resonate as loudly or have the appearance of truth as much as the counter claim that Republicans have declared a war on Women.

I’ve heard some political strategists recently say that this actually a calculated strategy to force the discussion to the right. That the Republican party is willing to forgo the upcoming elections for a rebound in 2016 with a discussion that STARTS far more to the right than it otherwise would were these topics not brought to the forefronttoday. I believe this all to be a misguided strategy that will not pay dividends in the end.

Let me be clear. I’m a member of the Democratic party. But, I am also an advocate of a multi-party system. I believe a system of checks and balances is inherently healthy. I think all politicians have the ability to be swayed into crookedness with the excesses of ego and power that come from political life. To that end, I’m a strong advocate for a Republican, Libertarian, Green or other party that keeps the Democratic party in line. I just think that back with the advent of Pat Buchanan’s candidacy the Republican party got hijacked by religious conservatives. This only picked up steam with the advent of the Tea Party. Who knows. Maybe it’ll never the same again.

It appears to the be the incredible shrinking party. At least – in terms of influence. 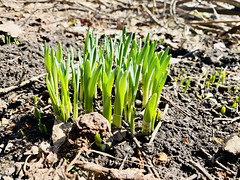 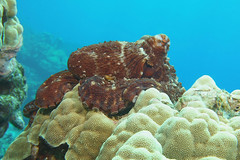