Well, here it is. A post midlife crisis. I had my pre, I had my mid, and I guess this is the post. i didn’t know I’d have a post. I guess I assumed that life-crisis’s were over. I mean sure, I anticipate when I retire, that will be a dilemma of sorts, and sure aging overall is a cascade of new undiscovered issues.

But, i’m talking about questions such as “what do i want to do with my life”. Really? At this point, shouldn’t those inquiries have been resolved already?

I know – I would have thought so too.

But here I am. As you may know, I never have been to college. Now, this hasn’t posed too much of a roadblock in my life. I’ve been working in higher education for over 20 years now. My passion is education, but rather supporting the endeavor of others to be educated.

I gave up this idea for myself many years ago. It wasn’t with bitterness, just with a resolve of acceptance.

in 1984 I had been accepted to a program in the U.S. Navy that was a preparatory program for the Naval Academy. The Navy had identified me as having scores strong enough, and because they were trying to recruit more Latinx officers. It was around this time that I was arrested.

I was charged with Homosexuality.

It was a long process of making it through that and getting to remain in the Navy. However, by the time my legal process was over – they withdrew my acceptance into the program. I am by nature defiant. Resentful doesn’t follow far behind.

I remember making a vow that I would make a career and a life without that education. I was counseled later by a colleague in the Navy who convinced me I shouldn’t give up on my dream of college. I started contributing to the GI Bill. The idea was the Navy contributed two dollars for every one you contributed. After 10 years into my military career my mother had a stroke. She didn’t have any insurance, and she was debilitated following that health episode. I cashed out my education fund to pay some family expenses and resolved I was quite through with the idea of going to school.

I’ve done mostly well for myself without a college education. I won’t lie and not say that it at times has left me feeling less-than. Particularly when working at the University of California, nearly every collegial conversation begins with “where did you do your undergraduate work?” (I never got to the follow up question, and “where did you do your graduate work”.) Working in higher education most people just assume I have credentials. At the University of Texas, southern politeness excludes such questions of education pedigree.

But, as I look now to just about a decade left of work career before I move on to the retirement phase of my life, it seems to be pressing on me again – that question but, but, but what do I want to “do” when I grow up?

I’m confounded that this has come up again. I often mused in the last few years that if I was to do anything so “foolish” as returning to school this late in life that i would study something fun. Like – filmmaking or drama! Now, that would be fun. The idea that if I didn’t have to make a living and could rely on my pension that I could spend my twilight in community theatre or making independent amateur film. None of those things are off the table I suppose.

But my life, if nothing else, has been steered by practical decisions. Well, at least after I got sober. Prior to that, practicality was limited to how much money was in my pocket and how much is top shelf versus house brand.

In a recent conversation with a VP of the university, it was posed to me again – why I don’t have a degree. I think university administrators are always astonished to learn after my years of working with students, and sometimes going to great lengths to support them in their academic endeavors that I myself, don’t have that accomplishment. Perhaps this speaks much more to my overall view of myself as not worth the investment? Or that I believe in your ability to achieve great things, but not myself? All those are questions too big for this space.

But, I’ll announce here that I’m enrolled in school.

So, I’m undertaking a Social Work degree. This seems practical in the sense that it revolves around everything that I’ve done throughout my life. My resume, if nothing else is a parade of altruistic endeavors. I care for people a great deal, and I applaud their successes. Following a conversation with a friend in Sacramento over Christmas and some soul searching about my deficiencies in life and as a human I’m taking this step without regarding to believing I’m worth it, but just to commit to it and finish it.

I’ll be writing here about some of those experiences of jumping into the game when it’s nearing the 4th quarter.

2 thoughts on “Mid Fifties. A Great Time for a new Undertaking.” 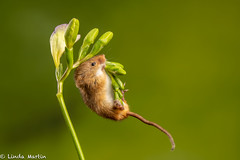 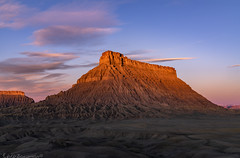 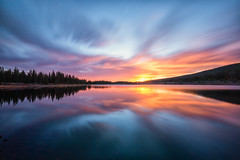 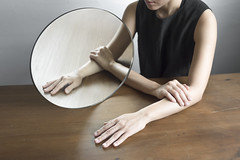