Most of you probably are already voting this season, NO on Proposition 8. As a new resident of Texas, I have no dog in this fight (as we say here in Tejas).

That, not entirely being true, I wanted to take this opportunity to convey the importance of this legislation to me and my family.

When Rob and I decided to marry in 2005, after already 16 years together, it was because we felt we wanted to share a momentous occasion with those closest to us. It was particularly important because we value our family and we know that they value us as well. This was an opportunity to acknowledge as an extended family all of our commitment to one another.

But, the legality of marriage is of the highest importance.

When I finished my service in the U.S. Navy after 12 years of service (8 active 4 reserve) and I returned home with 3 Good Conduct Medals (for being a good sailor), the National Defense Service Medal (for my service during the Gulf War), Coast Guard Meritorious Unit Commendation (for participating in what was at the time one of the largest domestic drug interdiction) and the one I’m most proud of the Navy Achievement Medal (the highest personal award presented for individual achievement) I expected Rob and I would settle down in my hometown of Sacramento and start a new life.

After living with years of opression, in the form of Don’t Ask-Don’t Tell, and undergoing some truly humiliating experiences in which I feared for my life and sanity – I just wanted to live a ‘normal’ civilian life. It was enlightening and disappointing though to see the discrimination on the inside of the military extends outside, just taking different forms.

When we found our dream home, we couldn’t get it because I couldn’t use my VA loan in the way a married couple can. We swallowed hard, let go of the dream of owning that home and settled on a condo that we could get. Not our ideal, but still our first home!

When trying to get homeowners insurance, we weren’t able to get the insurance discount offered other customers who have their home and cars jointly insured with the same company – because of our marital status. After waiving our arms and raising our voices, we finally convinced AAA to compromise. They gave us a conditional offer to extend the discount to a non-married couple. The condition was we registered each others cars in both our names (at the time, Rob had his, I had mine). When we approached GMAC they indicated we would need to pay a $250 application fee. This fee not required of married couples. For a married couple, you can simply add the spouses name to the loan. For non-married couple, it’s considered a separate application process. We forewent GMAC and refinanced the cars through the Credit Union.

The credit union however directed us to the California DMV to add each other to the titles of the cars. For married folks, this is simply an administrative process with no charge. For unmarried folks it is treated like the sale of a car. You have to pay a transfer fee and obtain a smog check.

We went to take the car to get smogged and since they’d need it for several hours, we decided to cross the street and rent a car for the day. The lovely folks at Enterprise quoted me a rate different than the one being simultaneously quoted right next to me! The lovely lady explained that the couple next to us was married. In California there is an implied liability for married couples. For we non-married types, we would need to pay an additional driver fee.

Folks, if you’re straight – you may not be subjected to this treatment in America. So, you could be forgiven for not knowing it even exists. If you’re Gay and not in a relationship, you may also be unaware. Unless you’re a person who is confronted with this type of atmosphere regularly, you may be not be conscious about how pervasive discrimination extends throughout our society. The institution of marriage, whether you agree with Gay Marriage or not – carries the weight of law and as a result many of the benefits in our society – have been joined to it.

These benefits should not be refused to those who have no power to make the choice of entering into the institution.

So I guess if we remove some of those arguments, I’m still waiting for the one which makes moral and ethical sense. Isn’t it ironic that folks who might try and claim some moral high-road by claiming some religious or biblical foundation for their argument aren’t as rabidly opposing the invasive pop culture phenomena which degredate marriage like Who Wants to Marry a Millionaire, or Marry My Dad, or The Bachelor, or the Bachelorette, or fly-by-night-get-hitched-in-Vegas-by-Elvis operations, or prison marriages, or marriage-to-promote-citizenship-to-immigrants, or marriage between opposite sex for reasons other than love, or marriages because of teen pregnancy and your momma is running for Vice President, or any number of abuses of an ideal they claim to hold so sacred?

Is it any wonder that the Gay community looks at these folks with skepticism that they aren’t sincere?

Before I ramble myself into too much bandwidth. Let me just conclude with my sincere stand on this issue. Issuing a marriage license to two people soley on the basis of their gender – without any regard to any other criteria – is unjust. There’s no argument that you can convince me of which says that a veteran, such as I, who have contributed to the betterment of my community, has paid my taxes and have worked hard to improve my neighborhood and the quality of life where I live – is less qualified to enter into this state-sanctioned-institution than someone who has just committed murder, never paid a dime of taxes in his life, and who couldn’t even care about this argument because they never vote! Yet, they are entitled to a whole segment of entitlements, others are not.

If you can somehow reconcile your reasoning, please give me a non-demonational, pro-American, sane and reasonable explanation. Thank you. 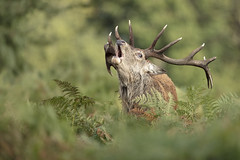 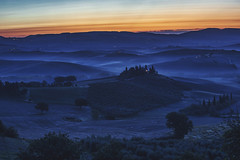 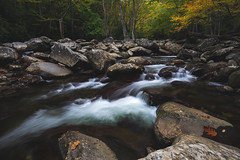